In addition, the pharmaceutical industry creates high-quality jobs and high value added as the new growth engine of the fourth industrial revolution.

Use of new drug directly affects reduction of medical cost. When prescribing a new drug, the pharmaceutical cost could increase by USD 18 compared to existing drug, but the total medical cost(including outpatient and in­patient diagnosis, home care, emergency room fee) of USD 111 could be saved. In other words, by investing USD l(KRW 1,125) for innovative new drug, one could save USD 7(KRW 7,900) or more for using cost-efficient drugs and disease care.

Due to new drugs, 20 OECD member countries could have saved 70% of cardiovascular disease related medical cost. By spending USD 24(KRW 27,000) on new cardio­vascular drug, the patient could save about USD 89(KRW 100,000) from shorter period of hospitalization. 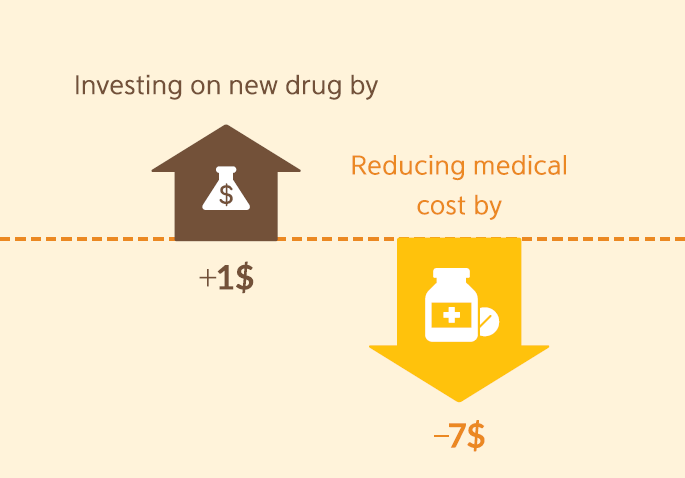 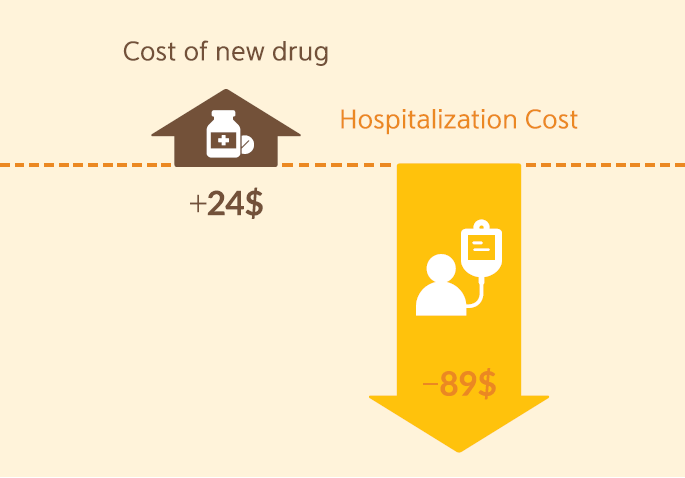 In the US, total of USD 376 billion(KRW 423.75 trillion) could be saved until 2050 by developing new drug for delaying Alzheimer's disease by five years.

As for the UK, a treatment to delay dementia for five years could reduce the number of the patient by 666,000, which could result in decrease in number of caregiver by 566,000 and cost of GBP 21.2 billion(KRW 31.33 trillion) for treating dementia.